For the exhibitions from Bruce Nauman and Robert Mapplethorpe, Konstantia Gourzi conceived and directed musical performances, which took place in the exhibition halls of the German Guggenheim museum. 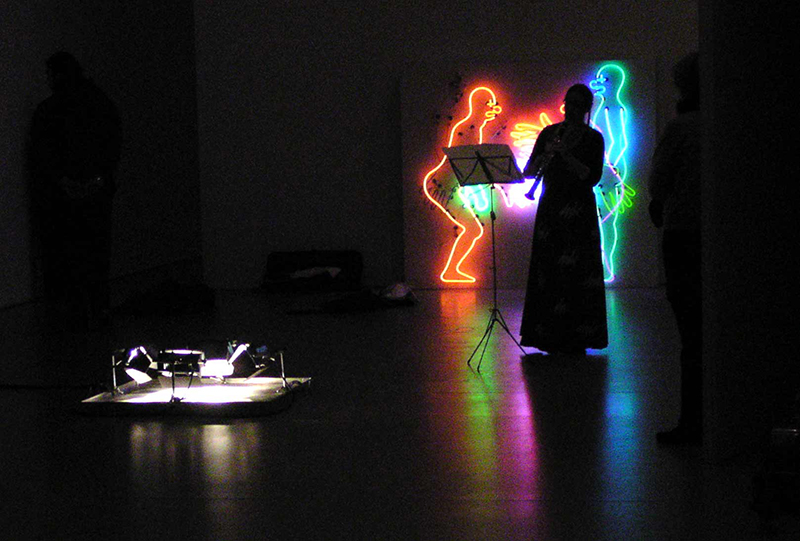 These were however no ordinary museum concerts, but rather choreographed performances. The musicians entered the exhibition and let themselves be inspired. They played according to how they experienced the pictures, interrogated them and involved the audience in this interpretative process. Pictures, musicians, public – everybody took part.

Under the direction of Konstantia Gourzi, specially conceived by her for the exhibition “Bruce Nauman: Theaters of Experience”, this musical performance took place four times at the museum. Three young musicians played works by John Cage, Steve Reich and Luciano Berio – composers, that inspired Bruce Nauman. The theme of the exhibition was the use of performance strategies for heightened self-awareness in artists and spectators, and this was taken up and musically continued.