In the early 1990s , I started combining my compositions with paintings and poems by other artists or my own works. Artistic expression through various art forms has always been my concern.

7 miniatures in 3 movements was my first piece for string orchestra and I have combined music, painting and poetry here for the first time. The poem by Jannis Ritsos Paichnidia t´uranu kai tu neru inspired me already in my youth and the desire to work on it in one of my compositions led me to this piece for string orchestra. As an accompaniment, I created a little painting. All three art actions belong together, even if “only” the music is performed on stage.

The piece consists of seven miniatures played in three movements. In the first movement the first miniature is played, in the second movement the second, third and fourth and in the third movement the fifth, sixth and seventh miniature. Each movement is inspired by a concrete part of the poem and therefore the dramaturgy of the three movements is calm, vital and calm again. The three movements form three different atmospheres, each of which is composed as if the poem is literally recited musically with its elegiac, aphoristic and intense energy. The tension of the text is translated through the music. The performance of the composition thus remains from beginning to end in flowing transitions and in a permanently moving musical tension. 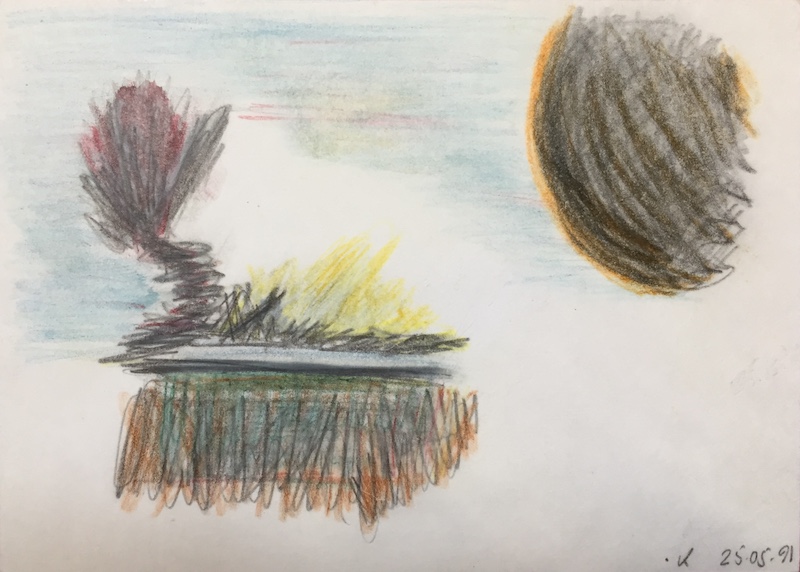