For saxophone and trombone
Duration: 7 min.

9 instrumental duos from the 16th and 17th century, newly arranged

RoMa Duos were created on the occasion of an exhibition featuring works by Robert Mapplethorpe. The idea was to arrange the musical actions and performances in a way that the musicians appear to be inspired by the exhibition and eventually pick up their instruments to perform in front of the artworks.

The chosen pieces are duos by different composers from the baroque era. Here, they sound “contemporary” since they are performed by two modern instruments, the saxophone and the trombone. The instrumental duos from the 16th and 17th century by Johann Sebastian Bach, Michael Haydn, Georg Philipp Telemann, Orlando die Lasso, Wolfgang Amadeus Mozart and Claudio Monteverdi were newly arranged for saxophone and trombone.

The audience had the opportunity to look at the artworks more intensively and to enjoy the music in a more relaxed way. The goal was to facilitate the experience of how music and visual arts can complement each other. 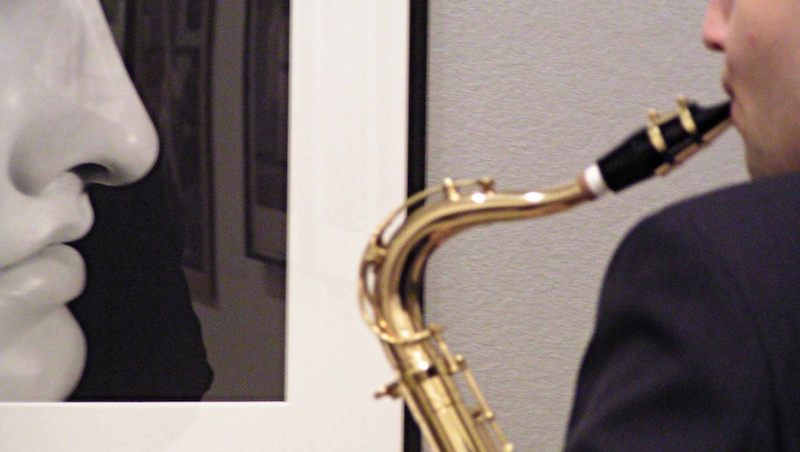