Hydra – The Rock of Freedom

For Soprano or Tenor, Piano and String Quartet
Duration: 20 min.

Commissioned by the Municipality of Hydra to celebrate the 200th anniversary of the Greek Revolution on Hydra in July 2021.
World premiere on 17.7.2021 in Hydra

The composition Hydra – The Rock of Freedom for voice, piano and string quartet is inspired by the the Greek Revolution of 1821 and the inner flame it has ignited in all of us.

This composition is commissioned by the Municipality of Hydra to celebrate the 200th anniversary of the Greek Revolution on Hydra in July 2021. The texts of the Hydra – The Rock of Freedom are from the German poet and philhellene Wilhelm Müller, who wrote more than 50 poems dedicated to Greece. In these three poems he gave a warm and passionate image of Hydra and its people, to whom he dedicated them. Other well known lyrics by Müllers inspired Franz Schubert to his famous “Winterreise” and “Die schöne Müllerin”.

Although the texts seem to not fit very well to our days anymore after 200 years, they inspired me to create a transcendental sound bridge to somehow connect these two distant periods.

For this composition I used fragments of these three texts and I created the lyrics for my piece. I decided to use for the composition a part of the text in German and a part translated into Greek. I am convinced, through the two languages the flow and the energy of the messages creates a new level of freedom that moves dynamically between the sounds produced in German and Greek. In this way, through music, a whole new entity emerges.

My goal for this composition was to integrate traditional and modern sound elements. I experienced that at this level the ways of a peaceful coexistence become possible. The songs Hydra – The Rock of Freedom pleasantly surprise us, not only with the unexpected but with the commonplace as well, which may seem familiar, almost forgotten, but nonetheless possible.

This work, as well as the composition Songs for Hellas with a total of eight songs, belongs to the cycle of compositions with poems by Wilhelm Müller dedicated to Greece. 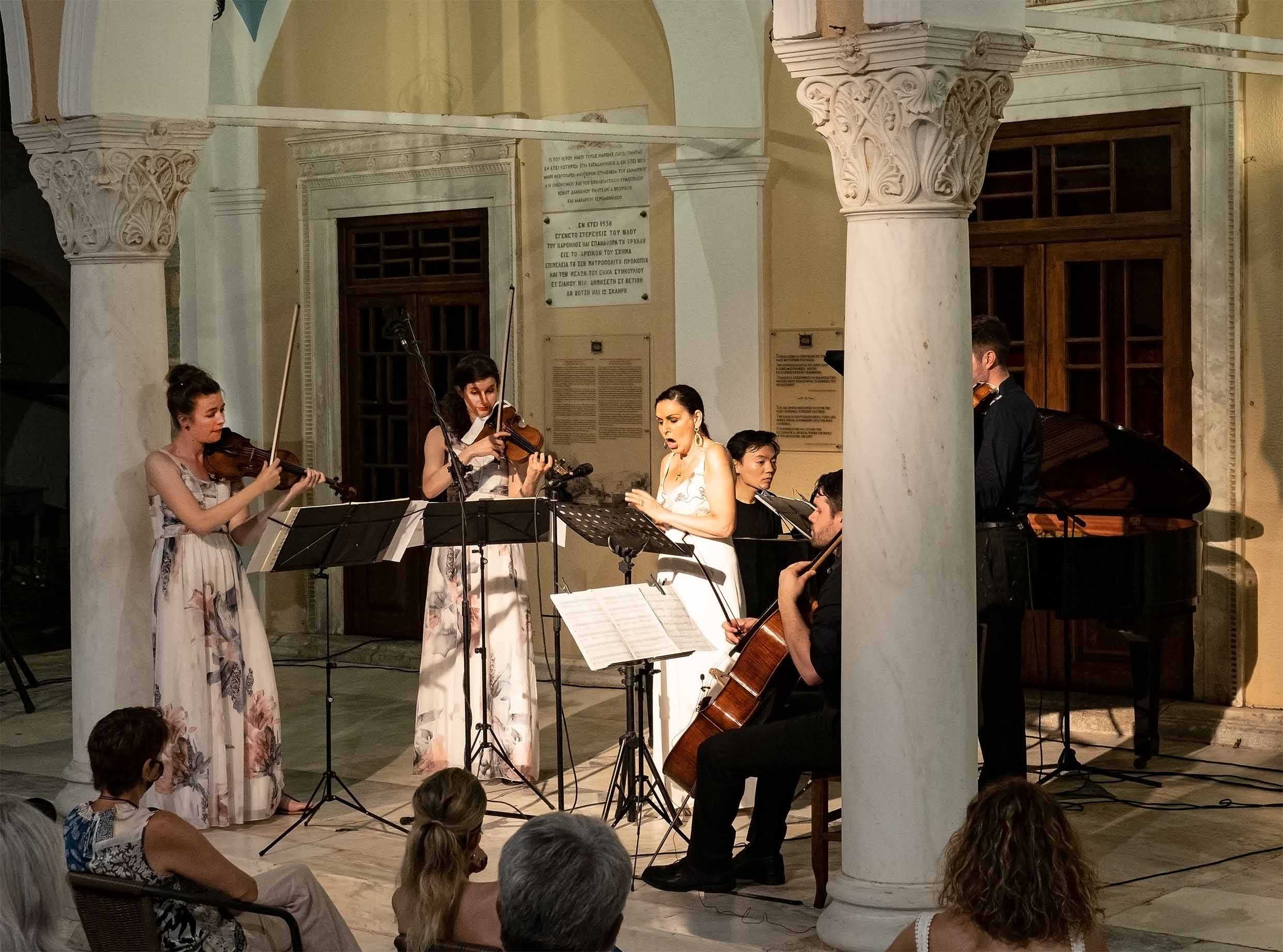