music flows across the sea II

This piece was composed for a marathon concert I initiated, given by ensemble oktopus, on the occasion of the birthdays of György Kurtág and Steve Reich (who turned 90 and 80 respectively in 2016). In this concert, 18 pieces by different Munich-based composers were premiered.

music flows across the sea II is a newly arranged version of the original piece (op. 60). 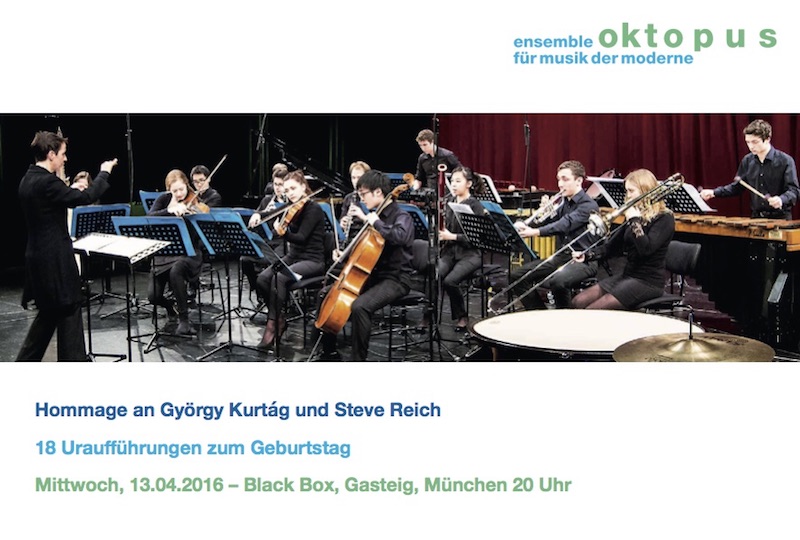