Evening at the Window II

CD recording for Sony classical, July 2020 in the studio of the Bavarian Radio, Munich

Marc Chagall’s painting Evening at the Window has accompanied me for many years. I admire it not only for its colour combinations, but also for the placement and presentation of the objects and the enigmatic meaning of his subjects. The composition reflects the closer inspection of the parts of the painting and combines them into a unifying mode. Thus, the six pieces can be understood as miniatures of a greater picture, connected by breaks that keep the intensity.

While the pieces II. a rooster in the sky, IV. smoke from the chimney and VI. in your arms present different musical points of views, they are connected by the pieces I., III., V. and VI. the yellow moon which appear like a refrain, each with a different timbre. The recurring commas define the musical and dramaturgical bow and should not be interpreted as a longer break. Throughout the piece, the pizzicati in the left hand should be treated as though they were played by the right hand, thus with full sound.

A rooster in the sky is formed by a strong connection between melody and rhythm. The bells part has its own dramaturgical line and should be interpreted having equal rights like the viola. The aim is to create a complex rhythmic acoustic colour. The pieces the yellow moon  should be performed with four different interpretations. The quasi-refrain will be recognisable three times in different acoustic colours, but still being transformed. Smoke from the chimney begins and ends like a lullaby. While the exciting middle part with its three rhythmic instructions should be clearly articulated, it creates a contrast to the beginning and end. The time changes within piece in your arms serve the flow of the whole piece, regardless of the hesitant phrases. It is important to avoid the conventional accentuation on the first beats.

The version of the composition is an adaption of the version “Evening at the Window” from 2017/2018. The percussion instruments can be played by an additional player who is not necessary be a percussionist. 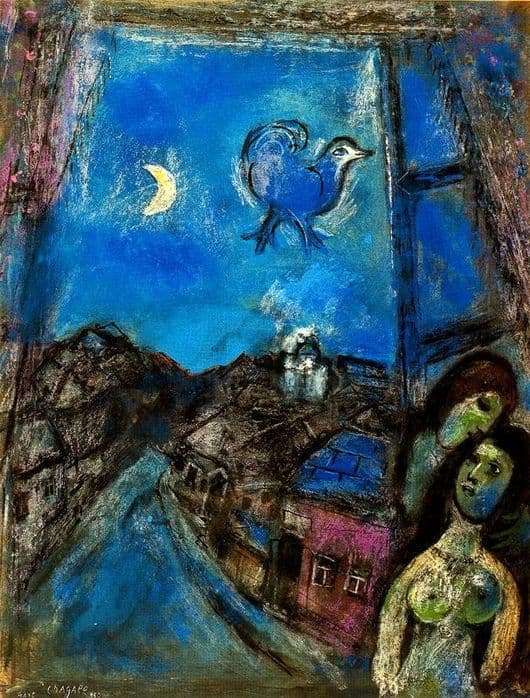