In this concert series, initiated by Konstantia Gourzi, students of classical music and jazz were introduced to new sound worlds. 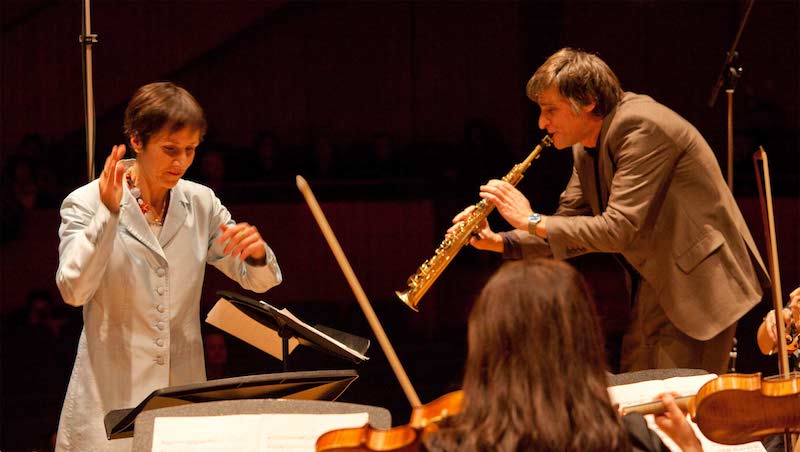 After some concerts in Berlin, the first in the New Music and Improvisation concert series took place in the autumn of 2009, as a pilot project between ensemble oktopus and the jazz department of the Hochschule für Musik und Theater München.

The collaboration, enthusiasm and the final musical results were so substantial and intensive, that the series became a confirmed and regular part of ensemble oktopus‘s concert diary. The series gives the Hochschule’s young instrumentalists the chance to experience contemporary music in conjunction with other musical styles and ensembles, and also to experience jazz, a major aspect of modern musical expression.

Thanks to the excellent work with the Hochschule’s jazz department, this series can continue. Up until now, we have been very fortunate to have international composers and performers as our guests, for example Daniel Schnyder, Maria Baptist, Rabih Abou Khalil, Matthias Müller and Markus Stockhausen. They play together with the students from the classical and jazz departments, and show them all music from a different angle, with quite different traditions, techniques and experiences.

This project’s vision is to open new sound worlds and possibilities to the next generation of musicians, firing their imagination and fantasy, so that they may seek out boundless pathways for themselves in the future.