Between 1991 and 1995, Konstantia Gourzi led the ensemble attacca berlin, which was particularly successful with the international concert series ‘Zeitzonen’, “time zones”. 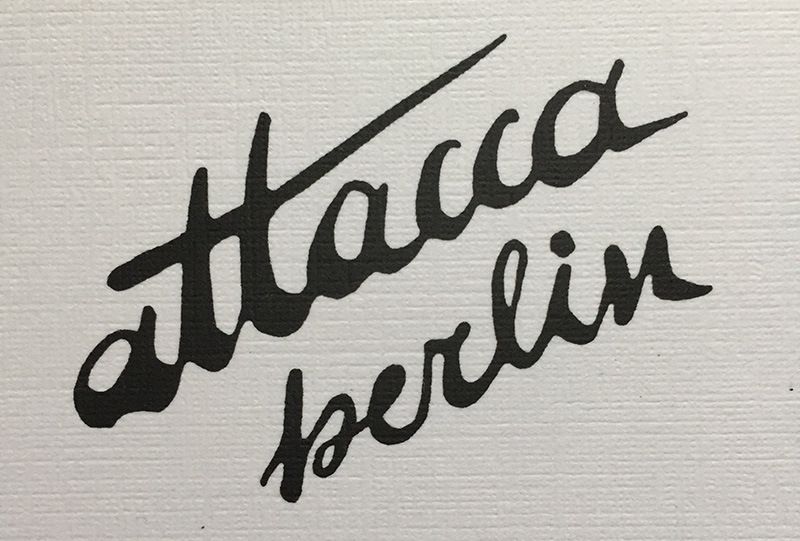 The ensemble attacca berlin was founded in 1991 by Konstantia Gourzi, during her studies. It consisted of members of the Berlin Philharmonic Orchestral Academy, freelance musicians, and graduates of the Berlin Hochschule der Künste. In the founding of her first ensemble, it was not only musical quality that was important to Gourzi, but also the connection between musical personalities. The latter influenced the sound and made a particular energy audible in the performances. Konstantia Gourzi remains convinced by this phenomenon today.

Early important performances included for example the Minsk Contemporary Music Festival, or in the Kammermusiksaal of the Berlin Philharmonie (1992), during which twelve world premieres from composers from both halves of Berlin were played. Over the course of one evening, half the works were performed by the Scharoun Ensemble, the other half by the ensemble attacca berlin.

From the beginning, it was important to Konstantia Gourzi to conceive concert series with particular performance concepts. This is how the international “Time zones” series was born, which musically examines all sorts of interweaving elements. The concerts aim to make connections sensuously palpable, which normally remain unspoken. These may be (musico—) historical, geographic, sociocultural or aesthetic / material questions. A two-year scholarship from the DAAD facilitated extended travel and research after composers and works, who and which also considered similar issues in many different contexts. “Time zones” presented the results – in the Gropius-Bau Berlin, the Otto-Braun-Saal, the Kammermusiksaal of the Berlin Konzerthaus, and as part of the Berlin Festwochen.