Three young composers set verses from Sophocles’s Antigone to music, and these received their world premieres in the Bavarian State Opera. Konstantia Gourzi initiated a project with these, which connected Greek antiquity to the present. 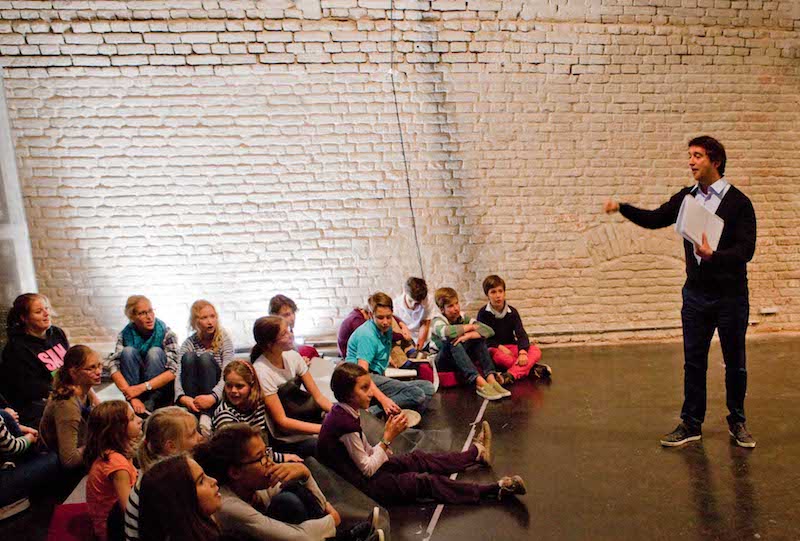 Gourzi’s idea was not only to connect Greek antiquity with the present, but also different languages, cultures and generations, all through music. Awakening consciousness of tradition by means of a contemporary project was an important aim, because this belongs to the core tenets of life in general. Children and young people were able to experience these connections close at hand, because they were part of the action.

Three young composers from the Munich Hochschule – Maria Bosareva, Philipp C. Mayer and Katharina S. Müller – had won an internal competition for the role, and set pieces for the children’s choir and a small ensemble from the Bavarian State Opera.

The textual basis for the three world premieres are verses from Sophocles’s Antigone on the themes of human achievement (‘Three Fragments’), the power of God (‘Stasimon’), and wisdom (‘Schiefes Schicksal’, “crooked fate”). The set language is Ancient Greek, as in the original text, but was added to with texts in German and the mother tongues of the composers.

By searching, selecting and fusing together, the young composers created a new whole for the children, who represent our future.